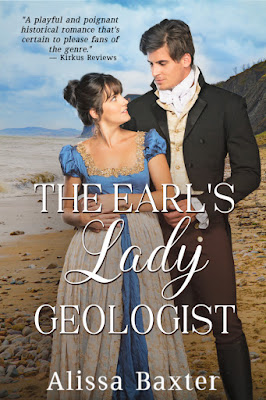 The Earl's Lady Geologist is a unique Regency romance set in 1817 England. It tells the story of Cassandra Linfield, who has a love of fossils and who wants to pursue this dream as a lifelong passion -- in a time when careers were not open to women.  She meets Edward, Lord Rothbury, who is a gentleman geologist. Although they have a common passion for geology, sparks fly constantly during their interactions. As Cassy spends time with the Rothbury family, she gets to know Edward better while they navigate a possible future together.

I wanted to read this novel because I love the Regency period. I found the idea of a woman pursuing geology during that time intriguing.

This book was such a delightful surprise!  Alissa Baxter has a fine knack for Regency detail, including delightful references to some Jane Austen novels and characters.

Cassy's passion for fossils, which she learned from her parents who worked in the geology field together, was vividly drawn. I love when I learn things from a book and I enjoyed the little details about fossils and geology that were interspersed throughout this novel.

Cassy and Edward are one of my favorite pairings from recent reads. They truly seemed, on many levels, to have a marriage of true minds, although they both had some stubbornness and awkwardness that built stumbling blocks for a romance.

There was a mystery involved in the story that put the characters in jeopardy and added some additional excitement to the narrative.

The author even included details about women who pursued geology during the 1800's, both as characters in the novel and in the historical afterward. The historical notes after the novel were fascinating and I recommend that readers look for them.

I really enjoyed The Earl's Lady Geologist and look forward to reading future books in this series. I recommend this book for fans of Regency fiction, Janeites, and anyone who is interested in fossils or geology in general.

Cassandra Linfield is a lady fossil collector who declares she will never marry as no man will ever take her studies seriously. When circumstances force her to travel to Town for the Season, Cassy infiltrates the hallowed portals of the Geological Society from which she has been banned. She is horrified when she comes face to face with her nemesis, the infuriating Earl of Rothbury.

Lord Rothbury is a gentleman-geologist with a turbulent romantic past. After a youthful disappointment he vows never to fall in love again, and makes the decision, instead, to seek out a convenient wife when he returns to England from his geological travels abroad.

Brought together by their close family ties, Cassy and Rothbury collaborate on a geological paper and discover a powerful attraction. Marriage, however, is the one subject they cannot agree upon. But when Cassy’s life is threatened, the two realise that love matters more than their objections. 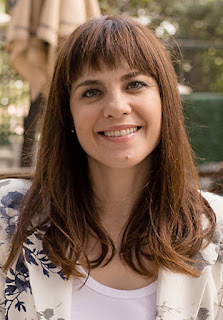 Alissa Baxter was born in a small town in South Africa, and grew up with her nose in a book on a poultry and cattle farm. At the age of eleven she discovered her mother’s collection of Georgette Heyer novels. The first Heyer novel she ever read was Sylvester and she was hooked on Georgette Heyer after that. She read and reread her novels, and fell totally in love with the Regency period and Heyer’s grey-eyed heroes! After school and university, where she majored in Political Science and French, she published her first Regency novel, The Dashing Debutante.

Alissa travelled overseas and worked as a flight attendant in Dubai before she moved to England, where she did an odd assortment of jobs while researching her second novel, Lord Fenmore’s Wager, which she wrote when she moved back to South Africa. Alissa’s third Regency novel, A Marchioness Below Stairs, is the sequel to Lord Fenmore’s Wager.

The giveaway is open to the US only and ends on March 26. You must be 18 or older to enter. 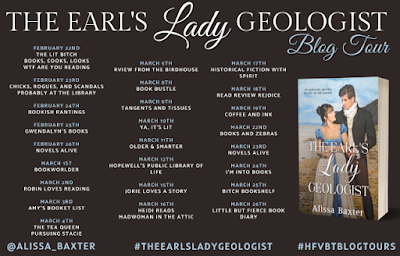