Book Review - Death at the Selig Studios by Frances McNamara 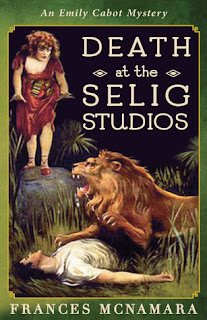 Book Synopsis
The early summer of 1909 finds Emily Cabot eagerly anticipating a relaxing vacation with her family. Before they can depart, however, she receives news that her brother, Alden, has been involved in a shooting death at the Selig Polyscope silent movie studios on Chicago’s northwest side. She races to investigate, along with her friend Detective Henry Whitbread. There they discover a sprawling backlot, complete with ferocious jungle animals and the celluloid cowboys Tom Mix and Bronco Billy. As they dig deeper into the situation, they uncover furtive romantic liaisons between budding movie stars and an attempt by Thomas Edison to maintain his stranglehold over the emerging film industry. Before the intrepid amateur sleuth can clear her brother’s name she faces a serious break with the detective; a struggle with her adolescent daughter, who is obsessed with the filming of the original Wizard of Oz movie; and threats upon her own life.

My Review
Emily Cabot, university lecturer who sometimes helps the police solve crimes, is back with a new adventure.   Death at the Selig Studios takes place in Chicago in 1909.  Emily's brother, Alden, has been accused of murder at the early silent movie studio, and she works to find answers and to clear his name.

I have a long time interest in silent movies, and belonged to a wonderful silent film society in my city for several years.  That said, I was not familiar with the Selig Studios in Chicago.   I found the silent film aspect of this novel absolutely fascinating.   I loved the glimpses of filming, especially the early production of The Wizard of Oz.  As an animal lover, I am horrified to learn that animals were actually killed during early movie production, like the lion who was shot while making a jungle adventure movie at Selig.

Frances McNamara writes such a smart, well researched mystery.  Her books are a perfect example of what a good historical mystery should be -- well rounded characters, terrific plot with some unexpected turns, and a wealth of historical detail.

Emily is a wonderfully smart character, and I enjoyed watching her solve the murders in this book.  I also liked more details about her family life, and 1909 Chicago.

The writing is also a treat.  For instance:

"There were still horse-drawn carriages on the streets but more and more motorcars were taking their place.  The streetcars had been electrified and there were many more women riding them, as young women came to the city for jobs.  Every day, Chicago became more crowded.  I usually felt invigorated by the energy of the city, but, by this time of year, I was worn out.  The summer was for wading in saltwater pools with my children, eating clams and lobsters, and having adventures on boats" (p. 3.).

I really enjoyed Death at the Selig Studios and have already recommended it to friends.  I look forward to future books in the Emily Cabot mystery series! 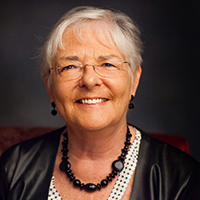 Frances McNamara grew up in Boston, where her father served as Police Commissioner for ten years. She has degrees from Mount Holyoke and Simmons Colleges, and recently retired from the University of Chicago. She now divides her time between Boston and Cape Cod.


I received a copy of this book from the publisher.
Birdhouse Books at 2:02 PM
Share