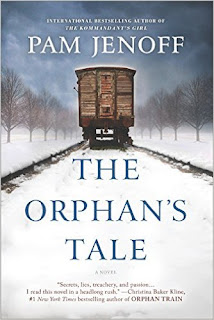 Book Synopsis
A powerful novel of friendship set in a traveling circus during World War II, The Orphan’s Tale introduces two extraordinary women and their harrowing stories of sacrifice and survival.

Sixteen-year-old Noa has been cast out in disgrace after becoming pregnant by a Nazi soldier and being forced to give up her baby. She lives above a small rail station, which she cleans in order to earn her keep… When Noa discovers a boxcar containing dozens of Jewish infants bound for a concentration camp, she is reminded of the child that was taken from her. And in a moment that will change the course of her life, she snatches one of the babies and flees into the snowy night.

Noa finds refuge with a German circus, but she must learn the flying trapeze act so she can blend in undetected, spurning the resentment of the lead aerialist, Astrid. At first rivals, Noa and Astrid soon forge a powerful bond. But as the facade that protects them proves increasingly tenuous, Noa and Astrid must decide whether their friendship is enough to save one another—or if the secrets that burn between them will destroy everything.


My Review
The Orphan's Tale is a historical novel set in 1940's Germany and France.  It is the story of two women.  One of them is a young woman named Noa.  Her parents pushed her out of her home after she became pregnant, at the age of 16, by a Nazi officer.  She is forced to give up her baby, and works long hours at a railway station.  The other woman is an aerialist named Astrid who works in a traveling circus.

Noa finds a railway car of Jewish babies being transported to a concentration camp.  Missing her own baby, she takes one of the babies from the railway car and runs away into the cold and snowy woods.  Her travels take her to the winter home of a circus where Astrid works.   The kind owner of the circus takes Noa and the baby in with the understanding that she will learn to work on the trapeze in order to earn her keep.

Noa and Astrid move from an antagonistic start to a reluctant friendship.  Their bond deepens as they share secrets when the circus goes on the road from Germany to France.

The circus is struggling in a time of sadness and unrest.  It is comprised of an eclectic mix of workers and performers.  As Astrid says, "The circus has no borders" (p. 106).

This is such an exceptionally moving novel about the surprising strengths and courage of everyday people in the darkest times.  I really cared about Noa, Astrid, and baby Theo and I stayed up into the wee hours transported to another time and place as I read their story.

The book is told in alternating chapters by Noa and Astrid.  The author moves skillfully in this transition, and these characters are strongly written.

The Orphan's Tale is a book with many twists and surprises, from the beginning through the epilogue.  I found it very engrossing and recommend it highly for other fans of historical fiction. 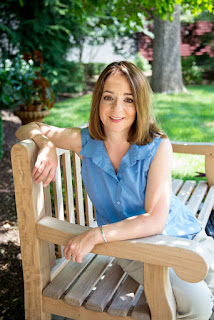 Pam Jenoff is the author of several novels, including the international bestseller The Kommandant’s Girl, which also earned her a Quill Award nomination. Pam lives with her husband and three children near Philadelphia where, in addition to writing, she teaches law school.


I received a copy of this book from TLC Book Tours.
Birdhouse Books at 6:30 AM
Share