Book Review and Giveaway - Whiskers in the Dark: A Mrs. Murphy Mystery by Rita Mae Brown 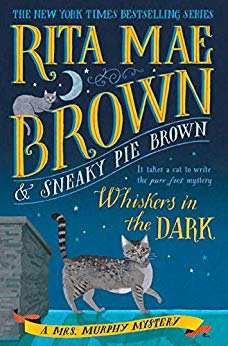 Book Synopsis
Death stalks the Blue Ridge Mountains as a centuries-old mystery resurfaces and murder mars the lead-up to an annual beagle competition, in a thrilling new tale from Rita Mae Brown and her feline co-author Sneaky Pie Brown.

A massive nor’easter has hit northern Virginia, where Mary Minor “Harry” Harristeen joins groundskeeping efforts at the National Beagle Club at Aldie as the date for its springtime Hounds for Heroes veterans’ benefit approaches. Harry’s fellow volunteers, including her oldest friend, Susan Tucker, comprise a spirited group of hunting enthusiasts, some former service members themselves. But things take a sinister turn when, after a routine tree cleanup along the Club’s hunting trails, retired foreign services officer Jason Holzknect is found dead, throat slit from ear to ear. Soon enough, another murder in their midst jolts the preparations, convincing Harry that the killer is familiar with the Club—and must be close by, masked in plain sight.

The intrigue extends to the grounds of Harry’s beloved local church, where the identity of an eighteenth-century skeleton wearing precious pearls remains a mystery. The anonymous woman’s neck had been snapped, and marks on the grave where her body was secreted indicate that someone recently tried to remove it, leading Harry to question how well she really knows those around her.

As always, Harry’s crime-solving cats Mrs. Murphy and Pewter, and Tee Tucker the Corgi share her determination to sniff out the foes among friends, even those long buried. Harry will need her four-legged companions’ help more than ever: a ghostly beagle only they can see may hold the key to the culprit.

My Review
Whiskers in the Dark is a cozy mystery set in rural Virginia.  There are two mysteries in this book:  one involves a body from the 1700's that was recently discovered in Virginia, and then in present day, retired foreign services officer Jason Holzknect is murdered.  The present day storyline takes place at a Hounds for Heroes benefit held by the National Beagle Club.

I wanted to read this book as soon as heard about it.  I read, and enjoyed, the Mrs. Murphy mysteries for years.  I have not read the past few books and wanted to get back into this series.  I love beagles, and that made this mystery particularly interesting to me.

Whiskers in the Dark has a dual storyline.  Most of the book takes place in the present day before, during, and after the Hounds for Heroes benefit.  Harry Harristeen and her best friend Susan are attending the benefit, and they become involved in solving the mystery when one of the fellow attendees is murdered.   The other storyline takes place in 1787 and involves a woman's murder from years ago.

I enjoyed reading about Harry and her mystery solving again, especially with the help of her cats Mrs. Murphy and Pewter and her corgi dog Tee Tucker.  She has added another dog to the family, a young Irish Wolfhound named Pirate.  The pets meet Ruffy, a ghost beagle living at the Institute in Aldie, Virginia.  He is missing his person and wants a resolution for that mystery.  The pets talk in this book and they are both charming and wise!   There are also some lovely black and white illustrations in the novel of both pets and people.

This is a dense read, with a large cast from two different time periods.  Thankfully there is a Cast of Characters detailing both people and animal characters.  I bookmarked it and referred to it a number of times, especially keeping up with all the people from the 1780's who were part of the flashback story.

I guessed the murderer early on but still enjoyed the unraveling of the mystery.   Harry is one of my favorite amateur detectives and it is enjoyable to see her at work.

I recommend this book, and the Mrs. Murphy series, to fans of cozy mysteries, dog and cat mysteries, and small town mysteries.  I am delighted to have picked up this series again and look forward to continuing. 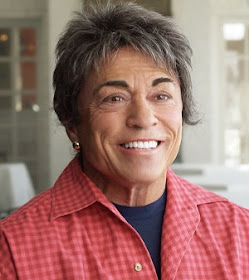 Rita Mae Brown is the bestselling author of the Sneaky Pie Brown mysteries; the Sister Jane series; the Runnymede novels, including Six of One and Cakewalk; A Nose for Justice and Murder Unleashed; Rubyfruit Jungle; and In Her Day; as well as many other books. An Emmy-nominated screenwriter and a poet, Brown lives in Afton, Virginia, and is a Master of Foxhounds and the huntsman.

Sneaky Pie Brown, a tiger cat born somewhere in Albemarle County, Virginia, was discovered by Rita Mae Brown at her local SPCA. They have collaborated on numerous Mrs. Murphy mysteries—in addition to Sneaky Pie’s Cookbook for Mystery Lovers and Sneaky Pie for President.