Dear Abby: How to Be a Dachshund 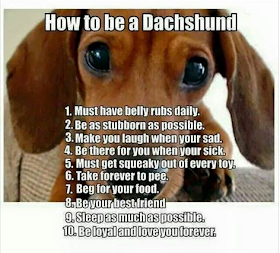 One of my good friends sent me this picture this week and I liked it so much I had to share it with you.

2. Be as stubborn as possible.  I am not very stubborn.  Momma says I have a "pleasey" personality.  I think that means I want everyone to be happy.  And yes, I do.

3. Make you laugh when you're sad.  I am cheerful and love to make people smile or laugh.

4. Be there for you when you're sick.  I am also a wonderful nurse.

5. Must get squeaky out of every toy.  Nope!  I don't agree with this.  My toys are lovies.  I would never hurt them.

6. Take forever to pee.  I am pretty matter of fact about potty business ... I like to get it done and then see who is outside to visit.

10. Be loyal and love you forever.   This is true, especially my Momma.

What do you think of the dachshund rules?  I would love to hear from you in the comments below.  Please send questions too, for future blog posts!

Have a great weekend. 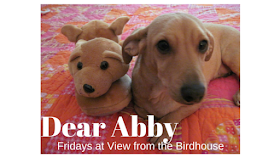 Book Spotlight and Giveaway - Song for Bellafortuna by Vincent B. "Chip" LoCoco 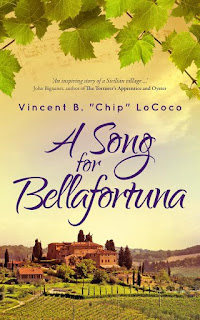 Book Description for A Song for Bellafortuna:


A Song for Bellafortuna is an inspirational Italian Historical Fiction novel concerning a young man's desire to free his Sicilian village from the domination of one family's long reign.


For years, the beautiful, yet secluded, hilltop village of Bellafortuna, Sicily, was a great producer of wine and olive oil. The entire village prospered. However, after the arrival of the Vasaio family, production dwindles and the villagers soon find themselves in crushing debt to the Vasaios. Only one family in the village remains outside the control of the Vasaios, but the reason haunts Antonio Sanguinetti every day of his life. Antonio is determined to erase this legacy by offering financial and emotional support to his fellow villagers. He introduces them to the choral song from Verdi's opera, Nabucco, which becomes the rallying cry for the villagers and offers them hope for a better life.


When Antonio's only son, Giuseppe, discovers his family's past, he becomes determined to take on the Vasaios and remove them from power. Led by the young Giuseppe, a plan is hatched that could result in either complete freedom for the villagers, or if it fails, forever solidifying the Vasaios' control. Find out what happens in A Song for Bellafortuna, a sweeping epic historical fiction tale of love, drama, sacrifice, and redemption, set among the beautiful landscape of Sicily.


Where to buy the Book: Amazon 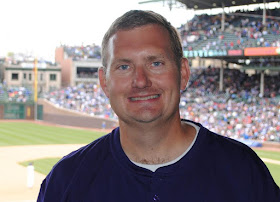 Award winning and bestselling author, Vincent B. "Chip" LoCoco, lives in New Orleans. His first novel, Tempesta's Dream - A Story of Love, Friendship and Opera, became an Amazon bestselling novel and was awarded the 2014 Pinnacle Achievement Award in Historical Fiction. Amazon also has named his book as a Top Rated Novel in Italian Historical Fiction.


His most recent novel, A Song for Bellafortuna, was shortlisted in the William Faulkner - William Wisdom Competition. He is an estate planning attorney in New Orleans, where he lives with his wife and two children.

Giveaway:​
Prizes: ​Win 1 of 5 print or kindle copies of “A Song for Bellafortuna”(open to USA & Canada)