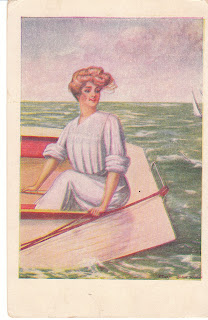 Author Interview and Giveaway - Murder She Floats by Stephen Kaminski 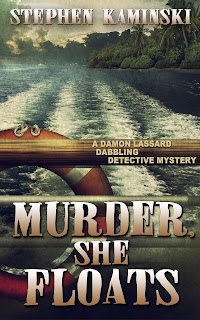 A suicide note found in a locked room. A shard of glass buried in a scoop of whipped potatoes. A pickle jar filled with poisonous spiders. Precious jewels yanked off of a woman’s neck but left at her feet. It’s just a week in the life of Damon Lassard when he boards The Vitamin of the Seas with his charismatic mother for a ‘relaxing’ Caribbean cruise. After Damon’s acerbic dining companion is found floating alongside the ship and local police rule the death a suicide, the loveable amateur sleuth is left to find the killer himself. He encounters seductive sirens, cunning con artists, and fascinating family members en route to solving not only the murder but a handful of clever capers as well. 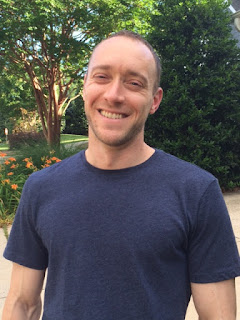 Birdhouse: When did you realize you wanted to be a writer?

Stephen: I realized I wanted to be a writer when I was in junior high school. I spent a lot of lazy, summer days in rural Michigan lying on a blanket in the grass reading mystery and spy novels and dreaming of writing them myself one day.  Circuitous educational and professional paths have sent me into various worlds—engineering, law, television media, and non-profit management—but writing mysteries has always been in my veins (where it battles coffee for ultimate supremacy; blood is a distant third).

Birdhouse: What was your favorite book as a child?

Stephen: That’s an incredibly hard question, but I’ll go with the combination of “A Light in the Attic” and “Where the Sidewalk Ends” by Shel Silverstein. The vivid imagery that gushed from Silverstein’s pen to my impressionable mind forever stuck with me.  They are now among my daughter’s favorite books.

Birdhouse: What is your writing day like?  Do you have any interesting writing quirks?

Stephen: My writing day is not so much a “day” as a “When can I find 60-90 minutes?” approach.  A full-time job running a national health services organization and an active family life centered around a nine year-old tornado keeps me “swamped” until close to nine o’clock most evenings.  So typically, on weekdays, I write at my kitchen table (occasionally with a glass of red wine and always with a selection of candy—because everyone needs more candy!) after nine.  On weekends, I typically rise in the pre-dawn hours and write in my basement in the dark (swapping wine for coffee, but keeping chocolate and licorice at the ready) until the tornado kicks up her heels.

Birdhouse: What was the most surprising thing you learned while creating this book?

Stephen: The most surprising, and interesting, thing I learned while creating this book relates to the inner workings of a cruise ship.  Murder, She Floats is set on a Caribbean cruise. In conducting research, I spent time exploring many crew-only areas of one of Royal Caribbean’s largest ships—the bridge, dining hall, crew bars, kitchens, theater back-stage areas, etc. The bowels of a massive ship is like a city unto itself and seeing these areas first-hand provided me with unique insight that makes the book very believable.

Birdhouse: Who are your favorite authors?

Birdhouse: What is your next writing project?

Stephen: It’s a secret for now—something similar in style to the three books in my Damon Lassard Dabbling Detective series, but different.  Don’t worry, there will surely be at least one dead body!

Thank you so much for having me.
About This Author
STEPHEN KAMINSKI is the author of the Damon Lassard Dabbling Detective series published by Cozy Cat Press. The first three cozy mysteries in the series are It Takes Two to Strangle

, and Murder, She Floats

. Each of the three has won a Reader Views Literary Award and Don’t Cry Over Killed Milk

Don’t Cry Over Killed Milk won the 2014 Murder & Mayhem Award for Best Classic Cozy and was a finalist in both the 2014 Clue Awards.  Stephen is a graduate of Johns Hopkins University and Harvard Law School. He serves as the CEO and Executive Director of a national healthcare association and lives with his wife and daughter in Arlington, Virginia.