Summary from Goodreads:
Sixteen-year old Cori Reigns learns that not all tornadoes take you to magical places. Some take your house, your school, and life as you knew it. Struggling to put the pieces of her life back together, Cori learns to rebuild what the storm destroyed by trusting family she didn't know she had and helping friends she never appreciated. 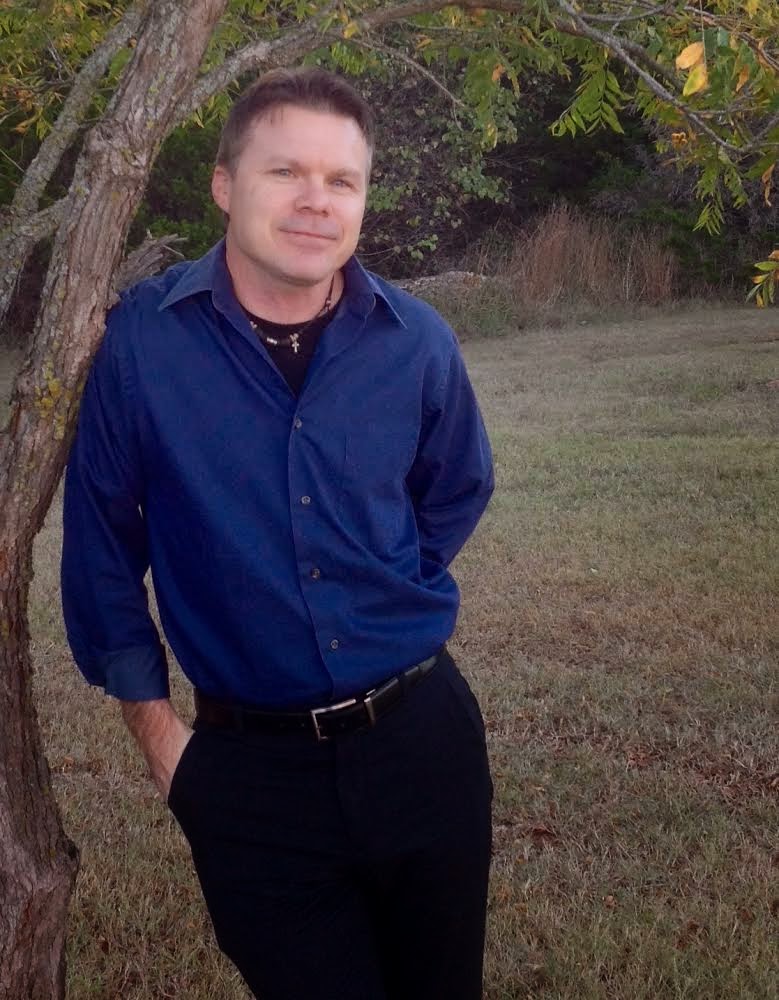 Married to my bride for twenty-four years, I have an amazing son and a wonderful daughter.

Born and raised in central Oklahoma, I work in education, first as a teacher now in technology curriculum. I write. I read. And in the summer I make snow cones.

Excerpt:
We found Leo in the third floor waiting room, just where Slim said he would be.
With just a cursory glance, it was easy to see he’d made the corner of the waiting area into his own private room. A blanket draped over one arm of the chair, with a pillow tucked beneath when it was needed. He had a cup of water and a box of fish crackers on the stand. The bags beneath his eyes looked like they’d been carved with a chisel as he stared at the TV with the sound off.
I marched over and fell around his neck. His hand rested on my back like an anchor while his breath warmed my neck. Letting go, I sat back on to the plain wooden coffee table, his hand still in mine.
“How are you?” I was tired of hearing it myself, but sometimes words are what they are no matter how fancy we try to dress them up.
He nodded, as I expected him to. I’d never known Leo to complain. He played an entire football game with a broken arm once. “Really?” I prodded. “It’s us, Leo. Talk to us.” Slim slid in beside me.
“I’m no worse than anybody else, you know? I’m alive. Dad’s alive, and he’s not getting worse.”
Ah, Leo’s optimistic way of saying his dad wasn’t getting better. I squeezed his hand. “I’m going to go look in on Sara. But when I get back, I want to get you out of here for a while.”
His eyes widened and he sat up and swallowed.
“Just a little while,” I assured him. “I promise. We’ll get something to eat. A snow cone, maybe.”
He settled back in his seat with a still frightened gaze.
“It’ll be fine,” I said. I let go of his hand, and it fell like a rock to his lap. Maybe Slim could perk him up while I was gone. As I made my way down the hall to the room the nurse had given me, I felt a little awkward since I didn’t have a gift to give her, but I brushed it aside. We saved Sara’s life. Considering our history, that’s a pretty big deal.